Why is Finance Minister Morneau Hiding from the People Affected by his Tax Proposals?

Mr. Morneau’s advertised direct consultation with affected Canadians has all the appearance of being smoke and mirrors. Morneau is not listening or taking affected Canadian small businesses and professionals seriously. It started with the Liberal’s 75-day consultation process in the dead of summer when people were away. This was not accidental timing but rather a tricky effort to slide one by Canadians.

This sly approach continued today when Morneau’s office announced a Facebook town hall-style meeting only 2 hours before it took place. With such short notice, attendance was poor as those affected by potential tax changes are busy running their businesses and professional practices. Doctors’ offices are packed with patients needing urgent attention. Only 180 people managed to attend this most recent sly effort to palm this off as a public consultation.

Questions from teleconference guests appeared to be screened. There was little open discussion about the true affects on small business owners and professionals, their staff and Canada’s economy. 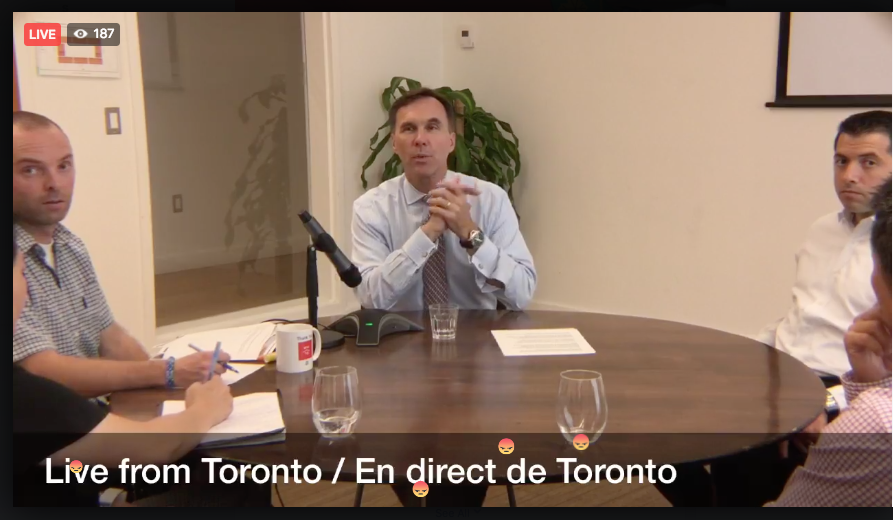 Another example of the mischievous approach to their style of consultations is this coming Friday’s town hall at a union facility in Oakville.  The location is undoubtedly not accidental as unions are unaffected by the tax proposals and have supported the federal Liberals’ proposals.

If you practice in the Oakville area try to attend as space is limited. Even if means standing outside to show solidarity, we urge physicians who live and work in the west par of the GTA to attend. We recognise that this is very difficult for most doctors due to their patient demands, but it is important for Mr. Morneau to understand that there is real concern to his poorly thought out proposals. 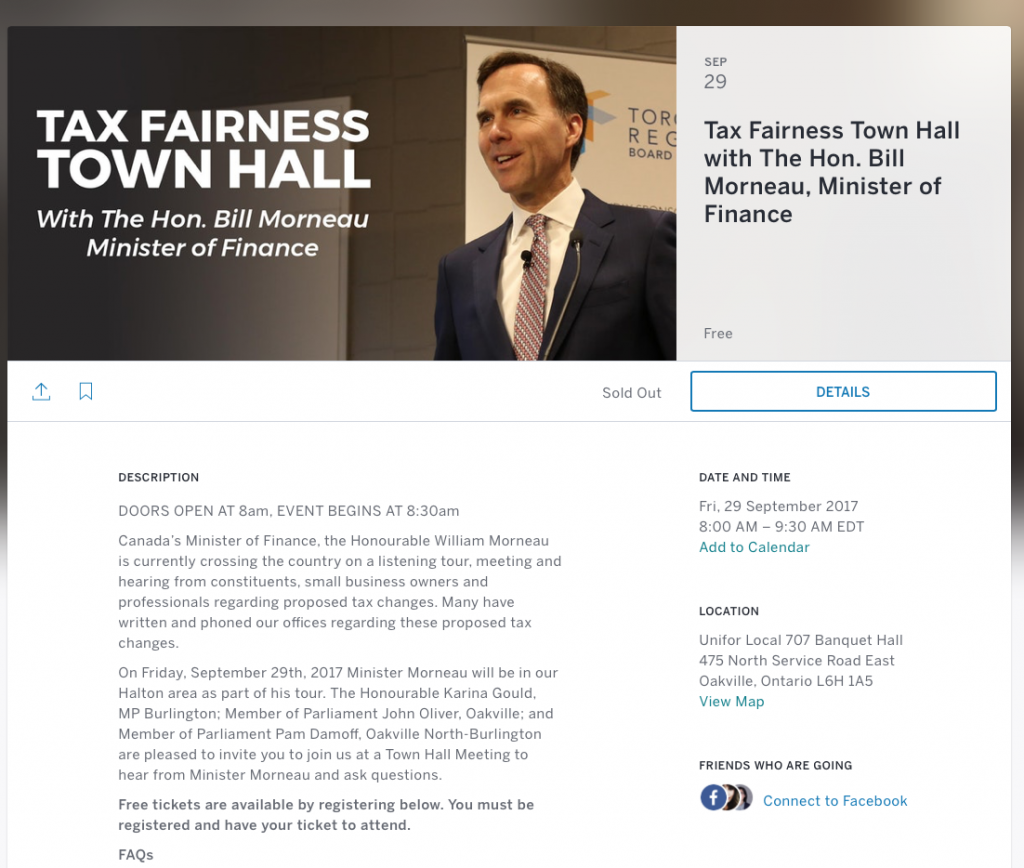