Members have asked for an independent opinion on the OMA’s approach taken to the Charter Challenge. Attached is an opinion from Mr. Andrew Lokan, one of Canada’s senior and most experienced constitutional lawyers. We hope doctors will find this opinion to be both helpful and informative.

The Coalition engaged Mr. Lokan to provide an independent opinion in response as a follow-up to information contained in Dr. Walley’s September 26th letter in which she made a number of assertions about the OMA’s handling of the Charter Challenge.

Mr. Lokan’s response includes a number of comments that members should be aware of. Notable among them are:

Click on this link to read the full letter or by clicking on the images below: 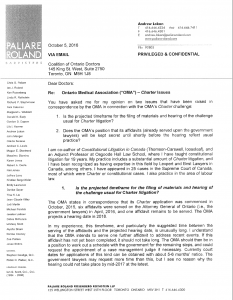 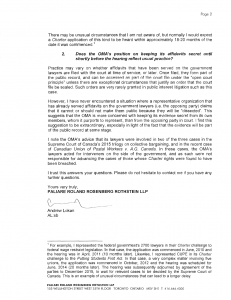